HAKEN Live in Berlin with SIWA

HAKEN, literally the most awesome band nowadays, did us the honor and gave a concert in Berlin. Obviously, we went to see them, listened to their amazing tunes and even got the opportunity to talk to the guys.

Therefore and unfortunately, the headline gives a false impression. However, with your support this dream might eventually come true…

We were sitting in front of the location minding our own business when Richard came along. Excited like… well, we were excited… we took the opportunity and talked to him. He is a pretty cool guy!

…we had the pleasure to be warmed up by Arkentype (djenty prog metal) and Rendezvous Point (riversidy prog rock/metal). 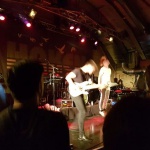 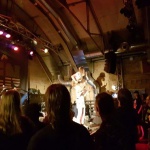 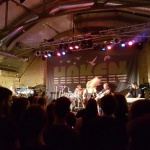 In terms of performance, Arkentype did a pretty good job. They have some heavy tunes and they are good in heavy lifting. Rendezvous Point slightly changed the pace but kicked ass nonetheless. Noticeably, they have a (pretty to look at) female bassist. As far as Etienne is concered, a female bassist is what would make SIWA awesome as well. What do you think?

Despite the fact that we had listened to two good bands, we came to see HAKEN but we had to wait, and wait, and wait, as Ray had trouble with his in-ear monitoring. Even though it took a while to fix the problem, it was balm for our souls to see that even the pros have these real-life issues. We are working on a good in-ear solution for our rehearsal room as well… there is a lot that can go wrong.

In the meantime, Conner and Richard did some warm up and we used the oppotunity for some HAKEN-merch shopping. 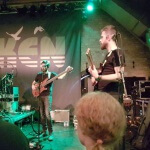 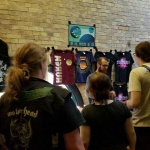 And then the show finally started. It would take eternities to express how amazing this band performs. I mean, they do not do such artistic stuff as Arkentype did, they are awesome in a different way. Especially Ross knows how to rock, cheering at Richard and wearing the right glasses for the right song. 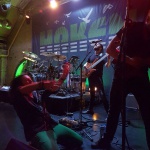 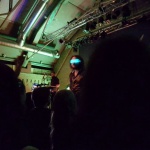 HAKEN played a nice selection of songs, mainly from the albums Affinity and The Mountain. And the bonus track was the 20-minute epic “Crystallised” from the EP Restoration! 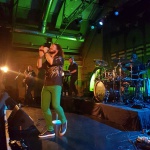 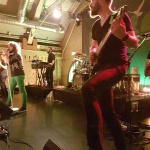 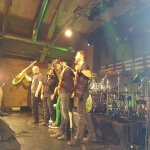 In the end it was a long night with terrific music and fantastic musicians. We had a lot of fun. And we aim for a chance to support such an awesome band.

We use cookies to ensure that we give you the best experience on our website. If you continue to use this site we will assume that you are happy with it.OkNoPrivacy policy